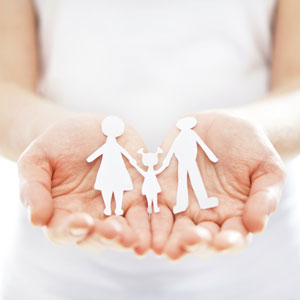 COVID is on everyone’s mind these days. Many people wonder if they were infected and never knew it. Since you can be asymptomatic and still have the virus, it’s important to have testing available that can tell you if you have had the virus. A simple, quick test can tell you if you have had COVID-19 previously so that you know whether your body has developed antibodies to this virus.

You Don’t Have to Leave Home

You may try to leave the house only when necessary. You can have COVID antibody testing done without having to go to our office or a laboratory. Order it from us and we’ll send the test kit directly to you at home. You can perform the sample, then ship it right to the laboratory. You’ll get your results sent to you at home and can read them over at your convenience.

We work with ZRT’s COVID-19 IgG Dual Antibody test. It’s highly specific and performed in a laboratory. The experienced technicians look at your blood to determine if antibodies are present, which are created in response to an infection.

Who should have COVID antibody testing?

There are several people who are good candidates for this form of antibody testing:

Why is blood spot testing used?

At ZRT, there is a long history of finger stick dried blood spot analysis. It is a sample that is easy to collect and stable, since it doesn’t require refrigerating or freezing. That also makes it easy to ship. Since it’s dried, the virus is likely not viable, making it safer to work with for technicians and sample handlers.

Nasal and mouth swabs have been shown to have a high false negative rate because samples can be improperly collected. Blood spot testing removes that uncertainty since you can see the blood on paper and can immediately determine the quality of the collection made.

What will the results mean?

You will receive either a positive, negative or indeterminate result. They are as follows:

Positive: You’ve likely been exposed to SARS-CoV-2. Your body has developed antibodies as a response to the infection, whether or not you had symptoms of COVID-19.

Negative: There are no antibodies to SARS-CoV-2 in your sample, so you likely were not exposed to the virus. A negative result doesn’t, however, rule out exposure.

Indeterminate: Antibodies were not detected in sufficient quantities to get a strong positive result. You may still be a carrier, however, and should retest in two weeks.

Do You Have Questions?

We’re pleased to offer phone-based consultations so that you can learn more about COVID Antibody Testing Raleigh. Contact us now!

Accessibility by WAH
Call Us Text Us